Join Disney and Pixar heros on an epic adventure 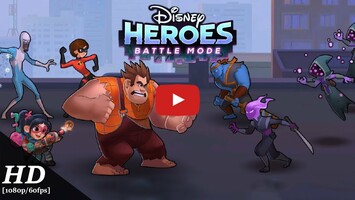 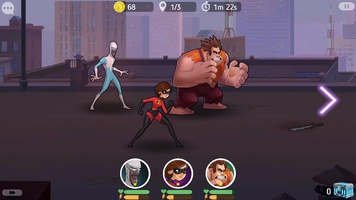 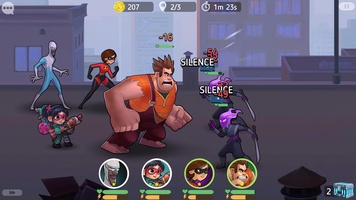 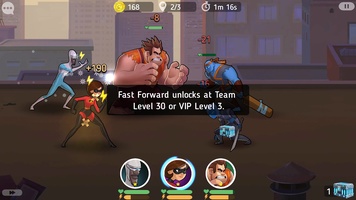 Advertisement
Join forces with characters from the movies 'Wreak-it Ralph,' 'The Incredibles,' and 'Zootopia' and battle a virus that's corrupting Digital City in the RPG Disney Heroes: Battle Mode.

Disney Heroes: Battle Mode has a semi-automatic combat system. Your characters will automatically attack the closest enemy, but each one also has a totally unique special ability, and it's up to you to activate it at just the right moment.

As you progress through the game, you'll earn badges that can be used to improve and level up your characters. Level up a hero, and they'll get new skills, which can also be leveled up. In all, there are more than a dozen heroes to unlock, including Vanellope, Judy Hopps, Nick Wilde and the whole Incredibles family.

Disney Heroes: Battle Mode is an entertaining RPG with a captivating cast of characters and great graphics. Although the battles can become repetitive, each update adds new content to the game.
Reviewed by Andrés López Translated by Jasmine
Advertisement

Why is this app published on Uptodown?
(More information)

There are opinions about Disney Heroes: Battle Mode yet. Be the first! Comment 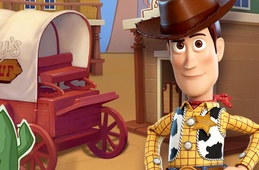 Genshin Impact
An open-world RPG with spectacular graphics
Brawl Stars
3-on-3 battles from the creators of Clash Royale and Clash of Clans
League of Legends: Wild Rift
The MOBA king deploys its arsenal on Android
Cookie Run Kingdom
The sweetest kingdom is back

Fashion Empire
Manage luxury fashion boutiques in this game!
LifeAfter (Global)
Cling to life in a hostile world
Guild of Heroes
Join the company of these great heroes
Magic Rush: Heroes
Role-play and tower defense in a single game